Pray the U.S. Does Not Become the UK 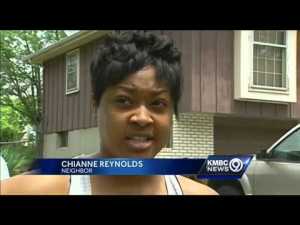 A group of thugs figured it would be easy to overpower one Kansas City woman. After all, her husband had just left to run an errand, leaving her all alone in the home.

They couldn’t have been more wrong.

The woman, later identified as Shirley Roberts, 52, immediately retrieved her gun after she heard someone jiggle the knob of the front door. She also witnessed two additional men heading to the back door.

Looking through the blinds, Roberts saw the men putting on gloves and preparing to force their way into her home. So she trained her firearm on the men and opened fire.

The criminals, scared silly, reportedly took off running. However, they also fired shots toward the house they attempted to break into.

Robert’s husband, Oscar Roberts, later said he and his wife have been going to the gun range to prepare for just that type of situation. “You’ve got to protect yourself,” he told KMBC-TV.

“I told her she’d done the right thing. We practiced that. She’s shook up, though. That’s the only thing about it, she’s very shook up,” Oscar added.

The practice at the shooting range seemingly paid off as police later arrested three men who went to the Research Medical Center, one of which was treated for a gunshot wound to the chest.

Police said the shooting seems to be justifiable self-defense.

“If you’re in fear for your life, most definitely we want you to protect yourself. We don’t want any harm to come to anyone,” Sgt. Marisa Barnes of the Kansas City Police Department told KMBC-TV.

So, a few points about this.

First, a leftist has no help to offer this woman. She can call the police if she has time and then wait 20 minutes for them to arrive. Leftists are more concerned with the safety and well-being of criminals than they are with allowing law-abiding property owners to deter criminals with weapons. It’s very important to see that leftists have nothing to offer this woman except to say “be raped and killed”.

Second, I think it was a good thing for the husband that he trained his wife to use firearms. I have tried to get two women I courted in a row to go to the range with me, and both said no. I hope that more women will reconsider about that, because it sure is great for husbands to know that their wives are able to defend themselves.

Third, it’s a great thing that the police aren’t giving her any trouble about self-defense. In the UK, which is very feminized and socialist, this woman would have been challenged by the police if she had so much as brandished a kitchen knife at her attackers. If she actually owned a firearm, she would be arrested. And if she fired at them, she would be sent to prison.